During the early shift on December 25, 2021, a total drivage of 9,000 m was achieved at the -480 m level of the "10th Anniversary of the Independence of Kazakhstan" mine.
Shift foreman Sergey Mitkin, foreman Galymbek Kospambetov and third foreman Talgat Urachaev present the certificate for the jointly completed stage.
Within the last six and a half months, a total of 1,000 m of roadway has thus been excavated in three driving locations in Chromtau.
Less than a month later, on January 14, 2022, the 3,000th daily report was issued on the project "Roadway drivage under difficult geological conditions" in Chromtau.
As the originally planned project duration was only four years or 4,150 m, the achievement of this milestone was still unimaginable in August 2013.
Currently, the total output is 9,048 m of drifted roadway.
3,000 days or more than eight years of driving in Chromtau have an important meaning for all those involved, but especially for those who have been there since the very beginning, and bear witness to the successful cooperation.
Unfortunately, the current difficult social and political situation in Kazakhstan is causing additional expenses, but the team is coping well with them. 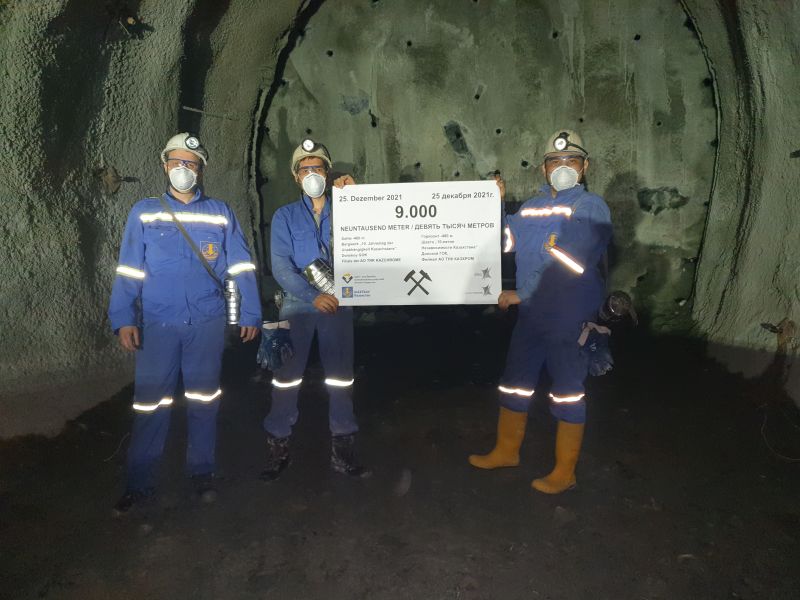